Switch To A Different Campus

Instructions: Read or listen to the poem below.

“We All Return to the Place Where We Were Born”

What remains of my childhood
are the fragmentary visions
of large patios
extending
like an oceanic green mist over the afternoon.

Then, crickets would forge in the wind
their deep music of centuries
and the purple fragrances of Grandmother
always would receive without questions
our return home.

The hammock shivering in the breeze
like the trembling voice of light at dusk,
the unforeseeable future
that would never exist without Mother,
the Tall tales that filled
with their most engaging lunar weight our days
—all those unchangeable things—
were the morning constellations

WHAT IS A VACCINE?
by Lindsey Konkel 2017 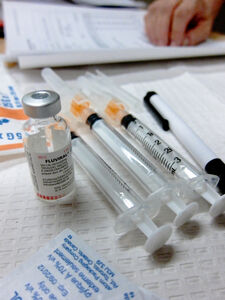 Vaccines are substances that prepare the immune system to fight a disease-causing germ or other pathogen by imitating an infection. They trick the immune system into making a “memory” of that germ without ever having to fight the real germ in the first place. Now, when the immune system encounters the real pathogen — whether it’s a virus, bacterium, or other microbe — it is ready to attack it. As a result, the vaccinated person doesn’t get sick.

Before vaccines, many children suffered from debilitating — and killer — illnesses such as measles, polio, smallpox, and diphtheria. A simple scratch could be deadly if it became infected with the bacteria responsible for tetanus (or “lockjaw”). Vaccines, though, have changed this. Smallpox is completely gone from the world, and polio nearly so. Outbreaks of measles and diphtheria are rare, especially in the United States. Tetanus infections continue to decline worldwide.

Vaccinations also can help protect people who can’t be vaccinated. These might be babies who are too young to receive a vaccine. Or there might be people who are too ill or too old to be vaccinated. When enough people in a community are vaccinated against a particular contagious disease, there’s little opportunity for that disease to spread from person to person. Doctors call this type of community protection “herd immunity.”

HOW VACCINES WORK
The body is designed to fight off foreign invaders, such as germs. To do this, it needs to be able to distinguish elements of itself from outside agents (nonself). This is the immune system’s job — to recognize self from nonself. To achieve this, the immune system is always on the lookout for evidence of foreign stuff, or what scientists refer to as antigens.

Pathogens are covered with tiny particles. Since they look unfamiliar to the human body, the immune system calls out its antigen attack squads. Those antigens are specific to a particular germ. A flu virus and a measles virus, for instance, have different antigens. Even two different types of flu viruses may contain somewhat different antigens.

So when a pathogen enters the body, the immune system dispatches special molecules — antibodies. These Y-shaped proteins patrol for particular antigens. When they find the ones they are trained to deal with, the antibodies go to work. They have two jobs. One is to disarm the threat by locking onto the antigens. This stops the germs from doing further harm. The antibodies also signal other immune cells to come to the site of the infection. Those other immune cells destroy the germs and remove them from the body. This entire process can take several days from the first time the body encounters a new type of germ.

Once an infection goes away, however, it won’t be forgotten. The immune system has stored a “memory” of the pathogen’s antigens in what are called B cells. These memory cells make antibodies designed to recognize and lock up the antigens for that specific germ. So if the same germ enters the body again, these new antibodies can now recognize it right away. They can direct the immune system to destroy and remove the germ from the body before it multiplies and forms an infection.

This protection against previous illnesses is called immunity. And it’s why a child who had chickenpox as a child won’t ever come down with that illness again.
One way to build immunity is through infection. A person who survives Ebola, for instance, will never suffer through that disease again. But since infection can damage or kill someone, the second way to build immunity — with a vaccine — is the safer option when it is available. (Scientists haven’t yet developed vaccines against every disease. Ebola is one disease for which no vaccine yet exists.)

The vaccine won’t cause disease, because the weakened germ can no longer copy itself to release new germs inside the body. The immune system, though, doesn’t know that the germ’s mimic (or vaccine) is weakened or dead. All it sees are the antigens signaling a now-familiar invader. It sends antibodies and other immune cells to stop and destroy the invader. The antibodies “remember” the germ. This creates immunity against future infections with the same type of germ.

Some antibodies protect for a lifetime. Other times, the immune system’s memory of a germ can fade over time. When this happens, immunity can falter and leave a person vulnerable to infection. In these cases, the immune system needs a reminder. These reminders are called boosters. Tetanus is an example. Doctors recommend a tetanus booster every 10 years to maintain good immunity against the disease.

Some germs also change substantially over time — evolve — creating new antigens. Influenza viruses are well known for doing this. Now the old antibodies may no longer recognize the new form of the germ (and antigens) and therefore fail to protect against it. That’s why flu vaccines must be given every year. Each new vaccine deals with the latest versions of these ever-changing viruses.

Text-Dependent Questions
Directions: For the following questions, choose the best answer or respond in complete sentences.

1. PART A: Which statement best expresses the central idea of the text?

A. Vaccines can be a dangerous way to protect the body from diseases, as you
have to initially expose the body to disease.

C. The immune system struggles to remember viruses that it has experienced and
needs the help of vaccines to make memories of them.

D. A vaccine is developed by familiarizing your body with a pathogen so that it can
recognize it and keep it from spreading within you and to others.

2. PART B: Which detail from the text best supports the answer to Part A?

A. “Before vaccines, many children suffered from debilitating — and killer —
illnesses such as measles, polio, smallpox and diphtheria.” (Paragraph 3)

B. “The body is designed to fight off foreign invaders, such as germs. To do this, it
needs to be able to distinguish elements of itself from outside agents (nonself).”
(Paragraph 5)

C. “The antibodies ‘remember’ the germ. This creates immunity against future
infections with the same type of germ.” (Paragraph 12)

D. “Now the old antibodies may no longer recognize the new form of the germ (and
antigens) and therefore fail to protect against it.” (Paragraph 14)

3. How does paragraph 3 contribute to the development of ideas in the text?

A. It emphasizes the positive impact that vaccines have had on people’s overall
health.

B. It shows how potentially dangerous some diseases can be to people.

C. It reveals that not everyone takes vaccines to protect against these diseases.

D. It stresses how some diseases continue to persist despite vaccines.

4. What is the author’s purpose in the article?
A. to encourage people to get as many vaccines as they can

B. to explain how vaccines help the immune system

C. to warn people about the dangers of not taking vaccines

D. to emphasize the incredible abilities of the immune system

Gene Editing & CRISPR: How Far Should We Go?

In late 2018, a Chinese researcher revealed that he created the first-ever genetically edited babies. He altered the DNA of twin girls before they were born, raising a major bioethical question. When is gene editing okay? How far is too far when altering life itself?

Watch the video and join in with the discussion by using Google as your login.
Paste what you wrote under the assignment and then create a meme using (Web tools for creating memes) - imgflip, Make a Meme, iloveimg
Post your meme to the assignment page.

The discussion should be at least five sentences to get full credit.

If you have any questions, message me for help.

The Politics of College Programs in Prisons 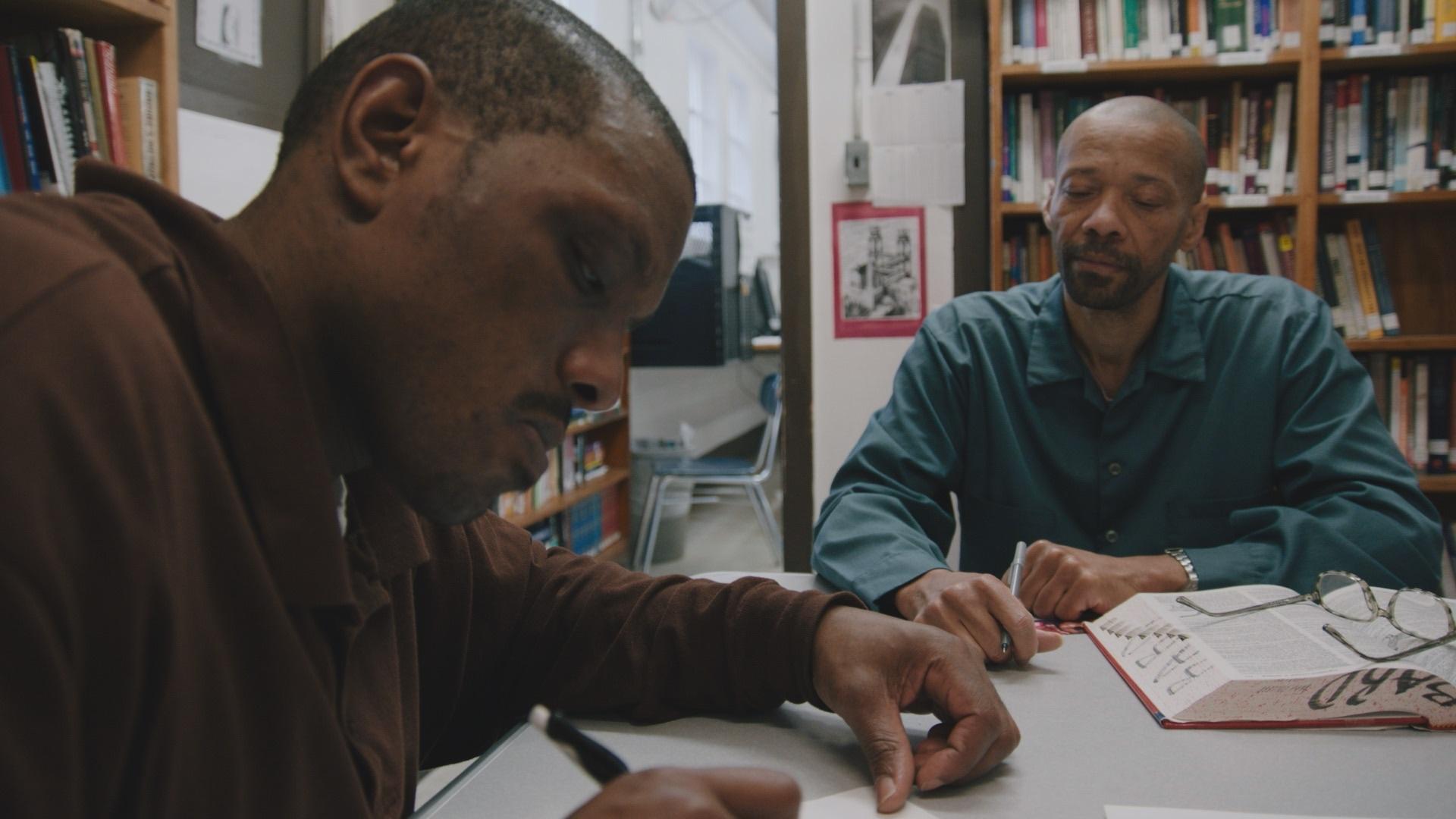 Instructions: Go to the link provided below and watch the video for each part.
Write a paragraph (4-5 sentences) for each video.
- What was the video about, include facts from the videos, and what is your opinion on the topic?
- What questions do you have about the program? How can you improve the program?
Include all (5) paragraphs on your assignment page.

Part I: What is BPI?
The Bard Prison Initiative was created by Bard College to provide incarcerated men and women the opportunity to enroll in rigorous college courses and earn Associate's and Bachelor's degrees.

Part II: Don't Think, Just Act
Many Bard Prison Initiative students were sentenced to prison as teenagers. BPI alum Jule Hall reflects on his experiences of school and violence from an early age.

Part III: How We Got Here
As they learn more in college, BPI students recognize more and more of the inequities of the American school system. They grapple with the fact that nearly all the people in prison alongside them had inadequate educational opportunities.

Part IV: The Politics of Incarceration
With over two million people behind bars, the United States incarcerates a higher percentage of its people than any other country. Debates about college in prison are part of a larger national struggle to address and end mass incarceration.

Should We Raise the Federal Minimum Wage?

Write two paragraphs (about 10 sentences) on the video and your opinion on the topic. Provide evidence from the video to support your opinion.